Helping you help yourself to technology solutions
Home Blog Page 6 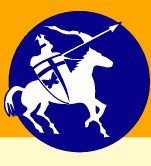 How to set up a kidsafe filter on Sabayon Linux

This is a legacy article which does not meet some of our quality standards. While it may contain useful information, is retained here for legacy reasons only.[/alert]

Surprisingly something a number of people still don’t know about is that linux has a great parental / kidsafe web filter available free of charge.  It can run on your machine or on another machine serving all your computers.  It can run as an optional proxy (needing to change a setting in a browser) or as a mandatory system which forces all traffic on your lan or computer to run through it (doesn’t need any special browser settings otherwise called a transparent proxy).  Best of all, it’s quite easy to set up.

This Howto is based on Sabayon, a Gentoo based distribution, but other than the package install, should be able to be easily adapted to other systems.

Remember:  In Sabayon you have 3 different methods of package installation, emerge (gentoo method), Spritz (Sabayon Gui Method) and equo (sabayon console method).  Personally, I’ve found spritz to not work alltogether and haven’t yet gotten equo running so this howto is based on emerge.  The important thing is that no matter which method you use, don’t mix a Sabayon method with the gentoo method, stick to whatever you’ve already been doing or it will stuff up the package database.

You basically need two packages, squid and Dansguardian.  In Sabayon you can just sync up your repositories via emerge –sync, then install them via emerge squid and emerge dansguardian.  If you have another distro it will be in it’s package manager (such as YaST) for openSuSE for sure.  Source code can be obtained from http://dansguardian.org/?page=download2

Edit the squid.conf file with your favourite editor

In the gentoo/sabayon version of squid that came down from emerge I got some sensible defaults, however if you’re feeling picky or it’s different for you, remove the three lines that say:

and add a line that says:

Remember to substitute your local network address range above with a 0 on the end.

Search for the visible_hostname Tag and add a line underneath #none so that it looks like this:

#Default:
# none
visible_hostname localhost
Save your squid.conf file and start squid as root

For some reason, on the latest version of Sabayon I had to install libwww to get squid to start.  So if you get an error like this, “usr/sbin/squid: error while loading shared libraries: libmd5.so.0: cannot open shared object file: No such file or directory” then run # equo install libwww.

In Sabayon/Gentoo, no configuration is needed, just start the service as root

In latest version of Sabayon I had to edit the line that reads “originalip = on” and change it to off to get it to work.  You probably will too as this is currently a feature that is not fully tested but enabled by default by the Gentoo/Sabayon devs.

If you want you can edit the file so that your domain name shows up in the page:

Change accessdenied webpage from YOURSERVER.YOURSITE to IPADDRESS and save the file

If you want to add log rotation add the following:

You will no doubt want it to all start automatically each time the computer/server is started or restarted, to do this, see below:

Don’t forget to set in your browser:

Use this proxy server for all protocols if you like.

Preventing children (and others) from Disabling the Kidsafe Web Filter

The restrictions created by a content-filtering proxy can be easily circumvented by simply not using the proxy. Assuming that the users so restricted do not have administrative access, this can be prevented as follows: